The image gallery at the bottom of the page comprises a number of snapshots taken from old newspaper cuttings and to be honest, some are not particularly good quality, but it’s the best we have been able to find so far.

If you have any old images of Brickhill we would love to hear from you.

Does anyone know or have photos of the statue of the Boy and Dog that used to be in the ground of Brickhill House? Drop us a line, please…

The Bedfordshire Times & Standard of 3 January 1947 lamented the loss of Brickhill House which had burned down the previous Boxing Day. The house was described as “a place of mystery, an aged recluse hidden away in a green hollow”. But it seemed that “its venerable timbers fell easy prey to flames” and “whatever beauties it had are now ashes or charred wreckage, soddened by the mist and rain”.

Perhaps the flowery language was to make up for the fact that by 1947 few people had any memory of the original house which stood over the brow of what we now know as Cemetery Hill but was then known as Foster’s Hill (hence Foster Hill Road). Described by the Times & Standard as “a mansion” the ruined Brickhill House carried a date of 1668 over one fireplace and contained graceful panelling, although these were probably not part of the original house. It seems likely the house was built in the 17th century however and embellished by later occupants.

Over the next few months the Bedfordian Diary writer managed to piece together a little more local history. There was evidence of a very old farm close to the site of the ruined mansion as well as evidence of early brick making on the slopes of Foster’s Hill and Cleat Hill. The farm (described as Brickkiln) was in the parish of St Peter and it was acquired by Richard Willis in 1710. Some time after this the farm and its land were acquired by John Foster (1768 -1831) of the Bogue Estate in Jamaica. Perhaps he was a sugar planter, in any event he was a wealthy man and he brought his third wife (nee Amelia Morgan) to Brickhill. Foster already had four children by his previous two marriages but by this latest marriage he now had three sons: Algernon, Arthur and Morgan and two daughters: Emily and Flora.

The family seems to have been a happy one. John Foster’s contribution to posterity appears to have been a booklet called “Observations on Agriculture in the North of Bedfordshire” which he wrote in 1807. However his daughter Emily kept a rather more interesting personal journal during her teenage years. The Fosters were prominent members of the Moravian Church. In 1820 Mrs Foster and her five children left Brickhill for Dresden (then in the Kingdom of Saxony) where they had planned a six month visit with relatives of Mr Foster and other church members.

Whilst the Fosters were still in Dresden in September 1821 their eldest son Algernon, who had always been delicate, died at the age of 10 from an unspecified illness. The boy was buried in Friederichstadt but a monument to him was erected in the grounds of Brickhill House.

Emily Foster was a beautiful and lively girl who had no shortage of admirers as she enjoyed the glittering social round of balls, opera, and theatre at the court of King Frederick Augustus of Saxony. Her journal writings also reveal her as a clear eyed and detached though humorous observer of human nature. She was frequently irritated by her admirers and their foibles. One of her admirers was the distinguished American writer Washington Irving who was greatly smitten with her – so much so that in 1824 (after her return from Dresden) he visited Emily at Brickhill House to try to persuade her to marry him. Sadly she rejected him, perhaps because of religious sensibilities – she later married a clergyman in Northamptonshire. The incident gave rise to a famous quote by Irving that “Love cooled down into friendship, which is Love retired on half-pay”.

Frustratingly, Emily writes very little in her journal about Brickhill House and seems to have stopped keeping her diary on her return to Bedford. In her mature years she even deleted some of the contents or perhaps they were deleted after her death

In the later 19th Century the Fosters seemingly became quite rich and moved to London, living in various grand houses in Regents Park and Pall Mall. Brickhill House was let to various tenants (including the Pym family – it being mentioned in the Pym memoirs). Eventually the house was sold to the tenant of the farm, Frank Brightman.

At the time of the fire there were 4 other people living in Brickhill House with Frank Brightman (possibly people billeted there during the war). The fire began in the kitchen and Mr Brightman discovered it just after 7 o’clock in the morning. He had to run three quarters of a mile to a telephone to summon help and because of this delay the fire had a good hold on the timbers of the house by the time the firemen arrived after 8 o’clock. They could only save the outbuildings of the farm and Brickhill House was left a ruin.

In the 1950s Bedford Borough Council, aware that housing expansion for Bedford would be undertaken to the North and the East of the town, took the opportunity to purchase the Brickhill House estate at a knockdown price (170 acres for £17,000). The ruins of the house and the farm were demolished shortly afterwards. Today just a few tell tale signs remain to indicate the site of the house.

The Fosters were a prominent family in 19th Century Bedford lending their name to the modern Foster Hill Road. It seems they made their fortune from the sugar trade in the West Indies. As members of the Moravian Church it is possible they were Abolitionists but this needs further research.

Towards the end of the 19th century the base of family operations moved to London, where census records indicated they lived in very grand houses. We also think that Morgan Foster was a banker and died in Constantinople jut before the First World War.

After the sad and premature death of the boy Algernon Foster on 182, the Foster Family erected a monument in memory of the child which was situated in a cypress grove near the “drive” to the house – perhaps a place where Algernon like to play. The monument was in the form of a sculpture of a boy playing with a dog mounted on a stone plinth. Long after the Foster family faded from public memory the statue remained in position. A local urban myth developed in Brickhill that this was a monument to the last known wolf shot in England. By the 1950s the boy and the “wolf” were gone and the Borough Council moved the remaining plinth to Bedford cemetery where it can still be seen.

If anyone has any memories or knowledge of the whereabouts of the statue please contact the Parish Council – we’d love to find it!

Sadly many of the images provided are blurry but it’s the best we have come up with. If you have any other images, we would love to include them.

Click on an image to open a lightbox and from there you can simply scroll through each image at your leisure. 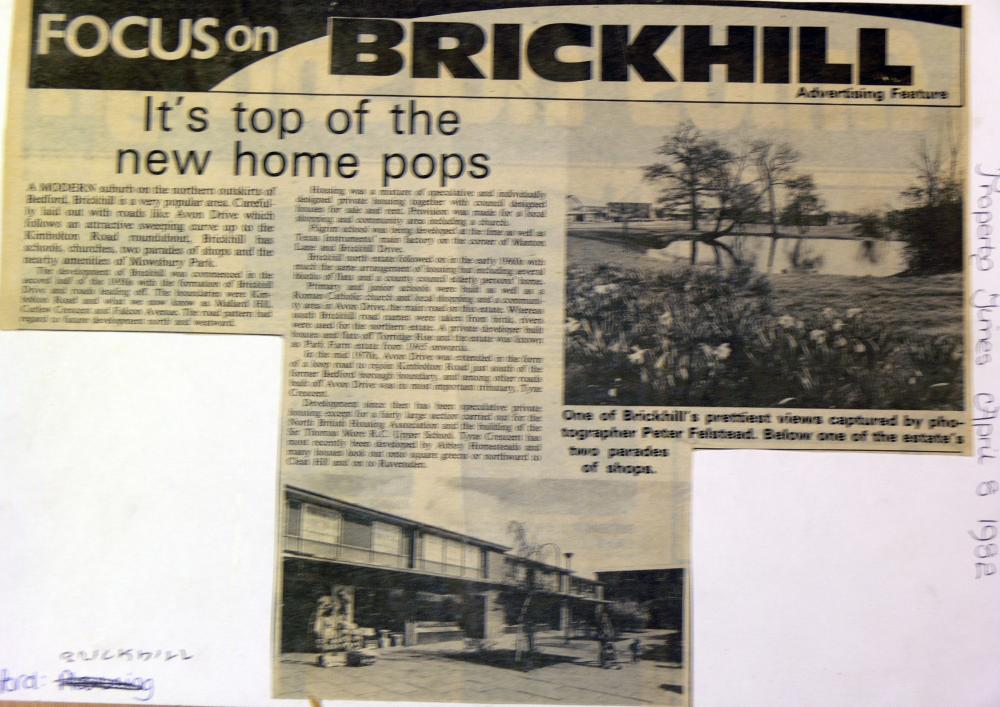 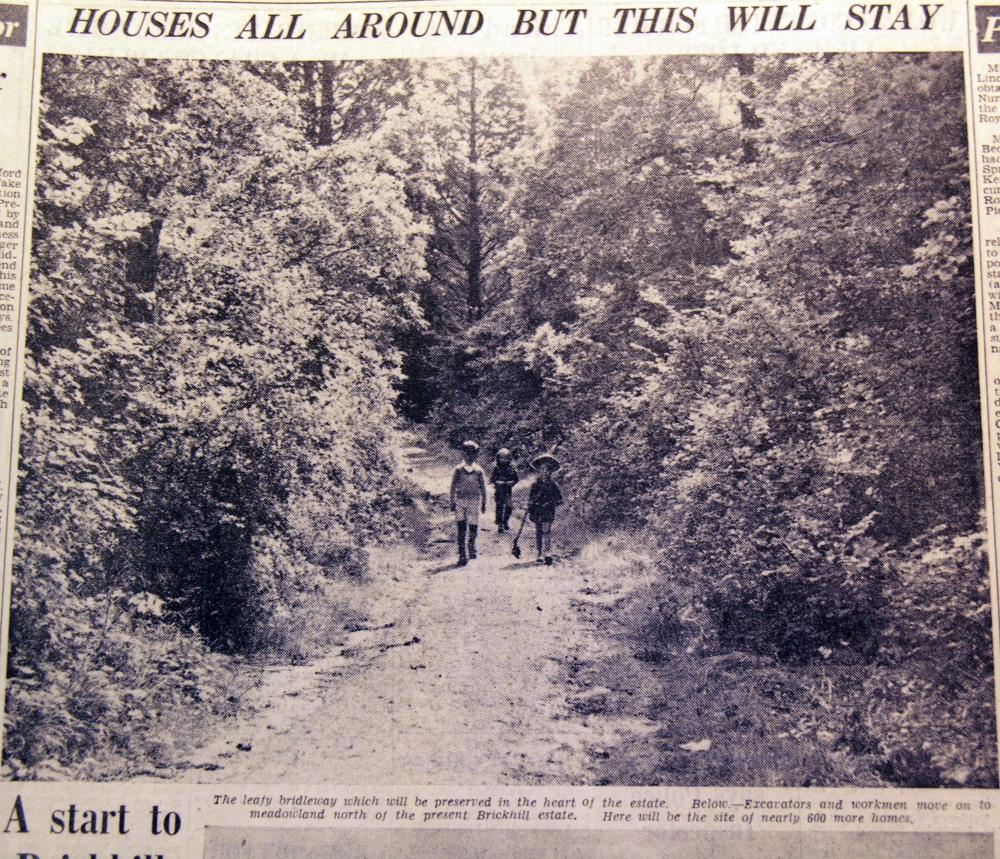 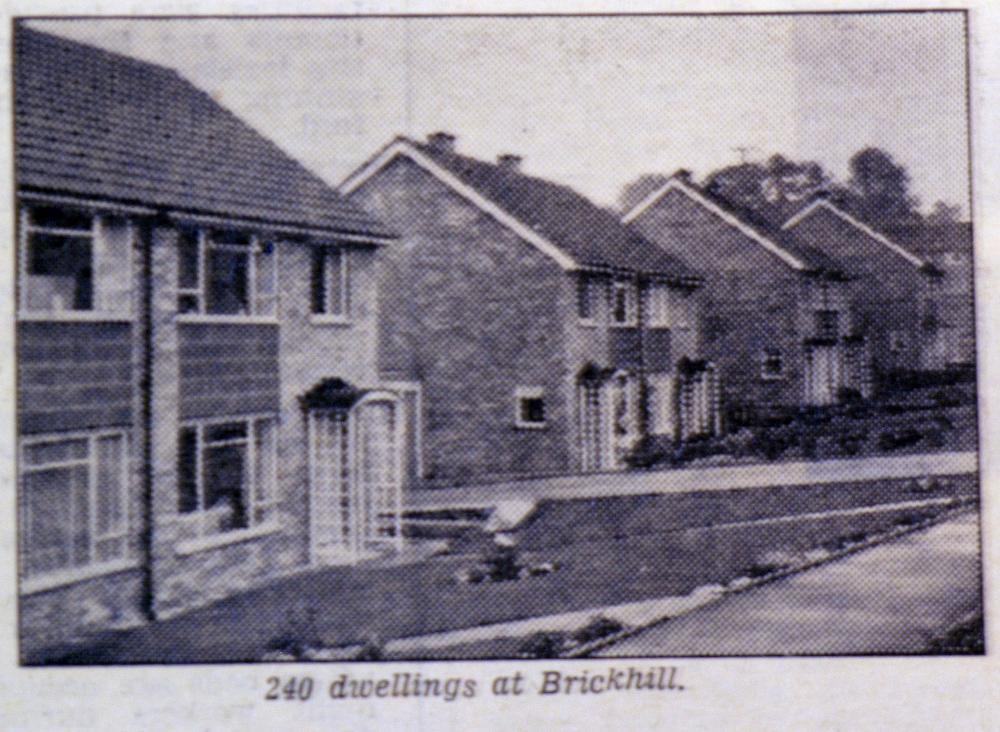 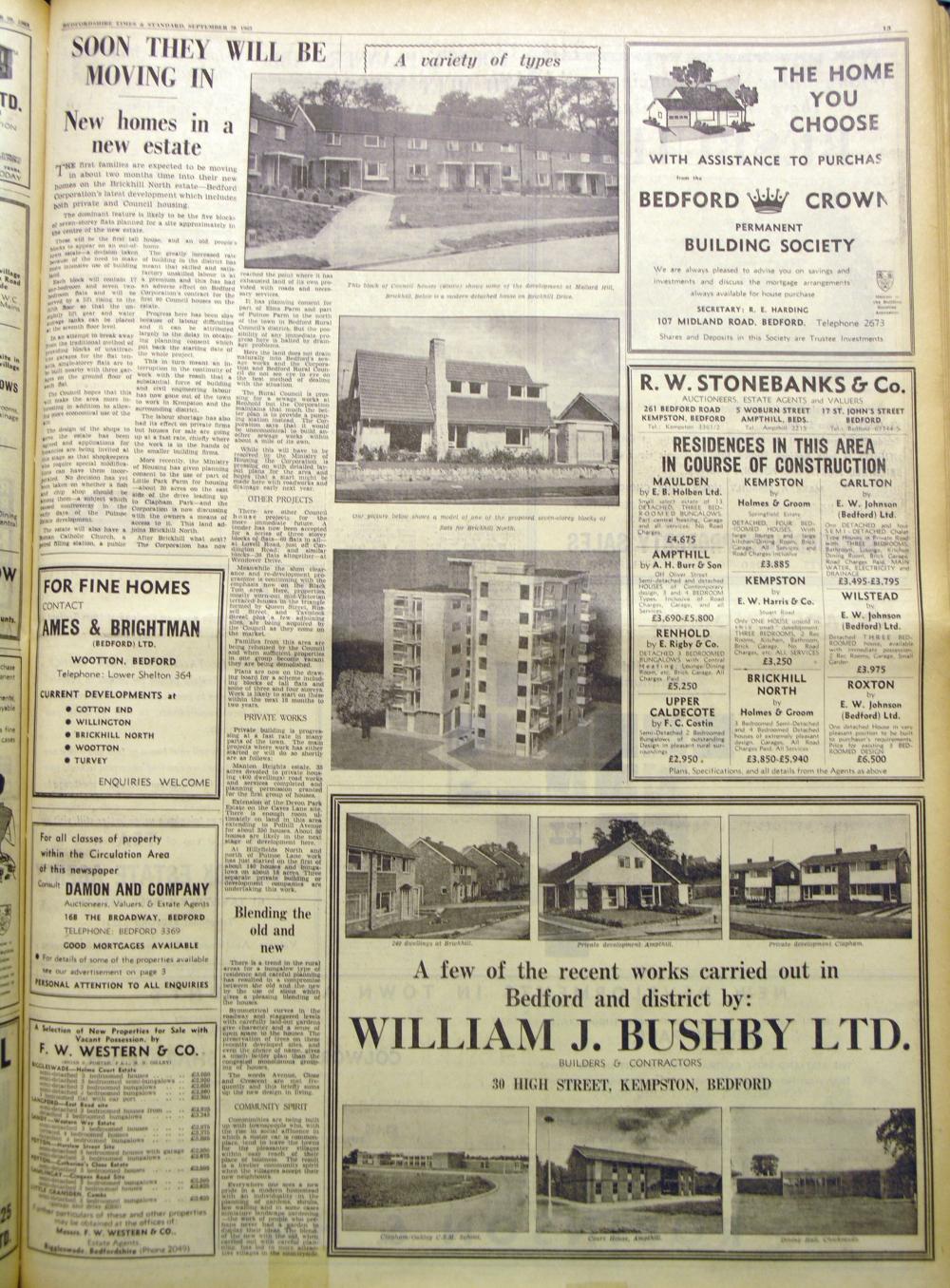 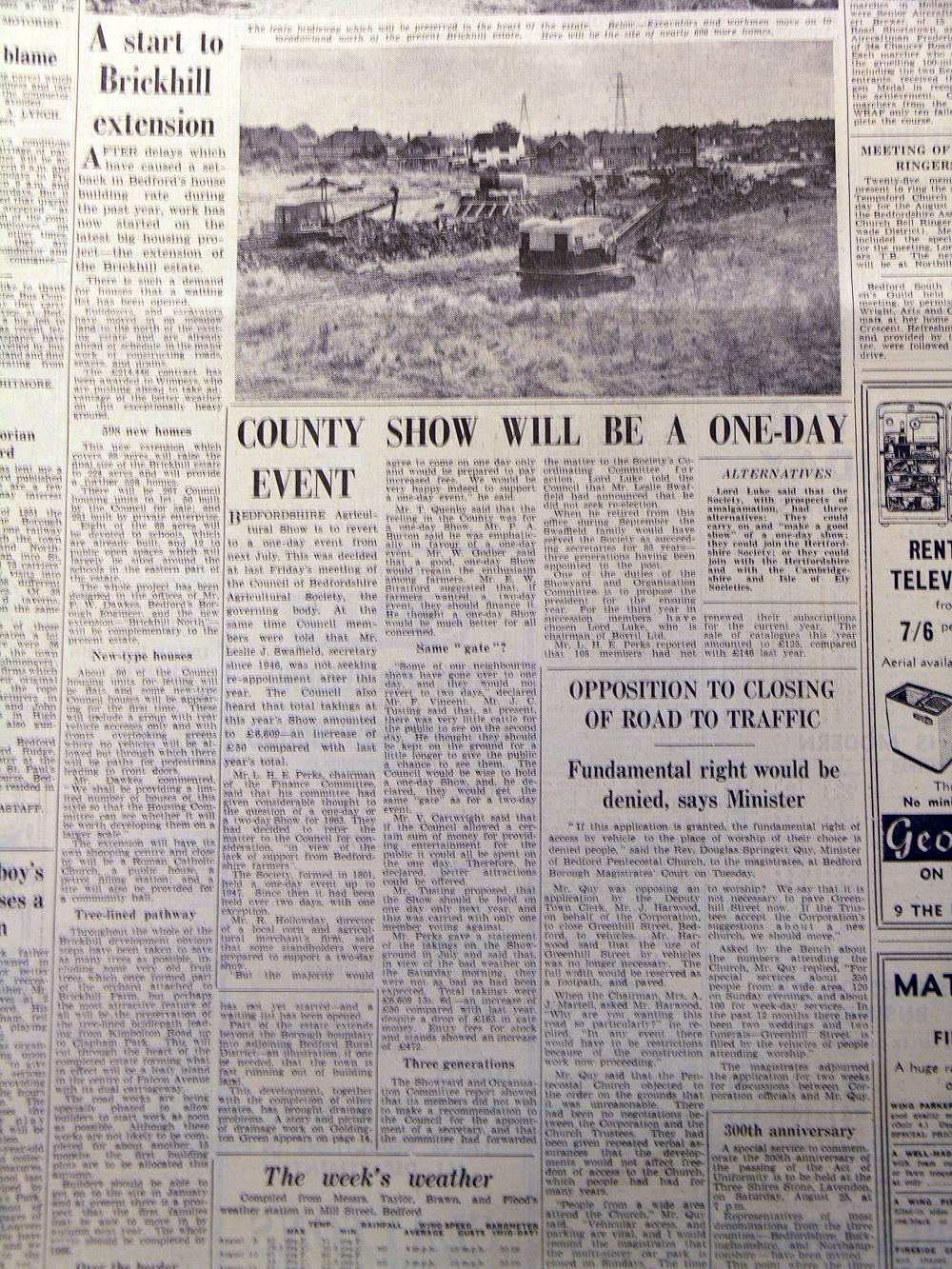 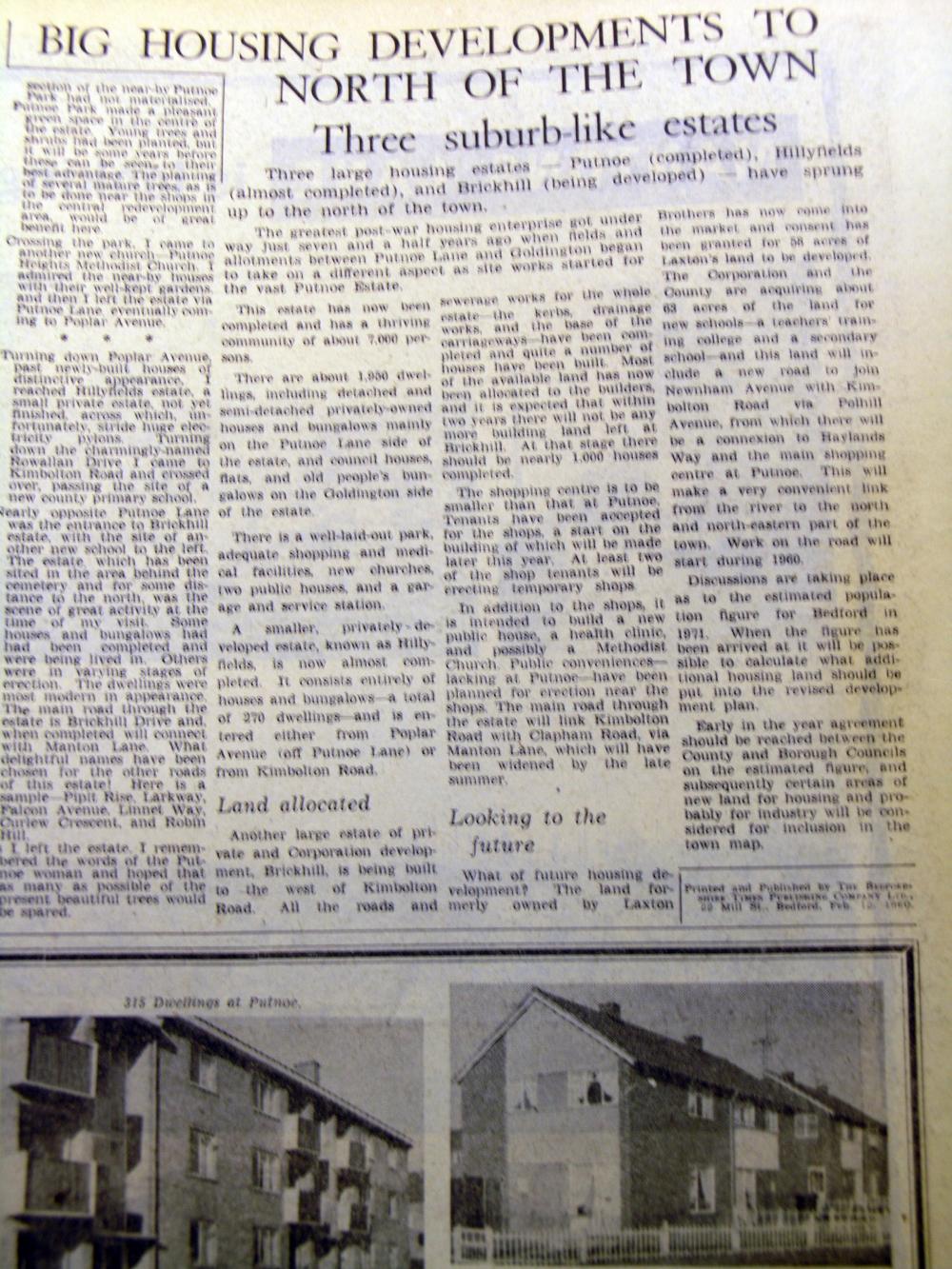 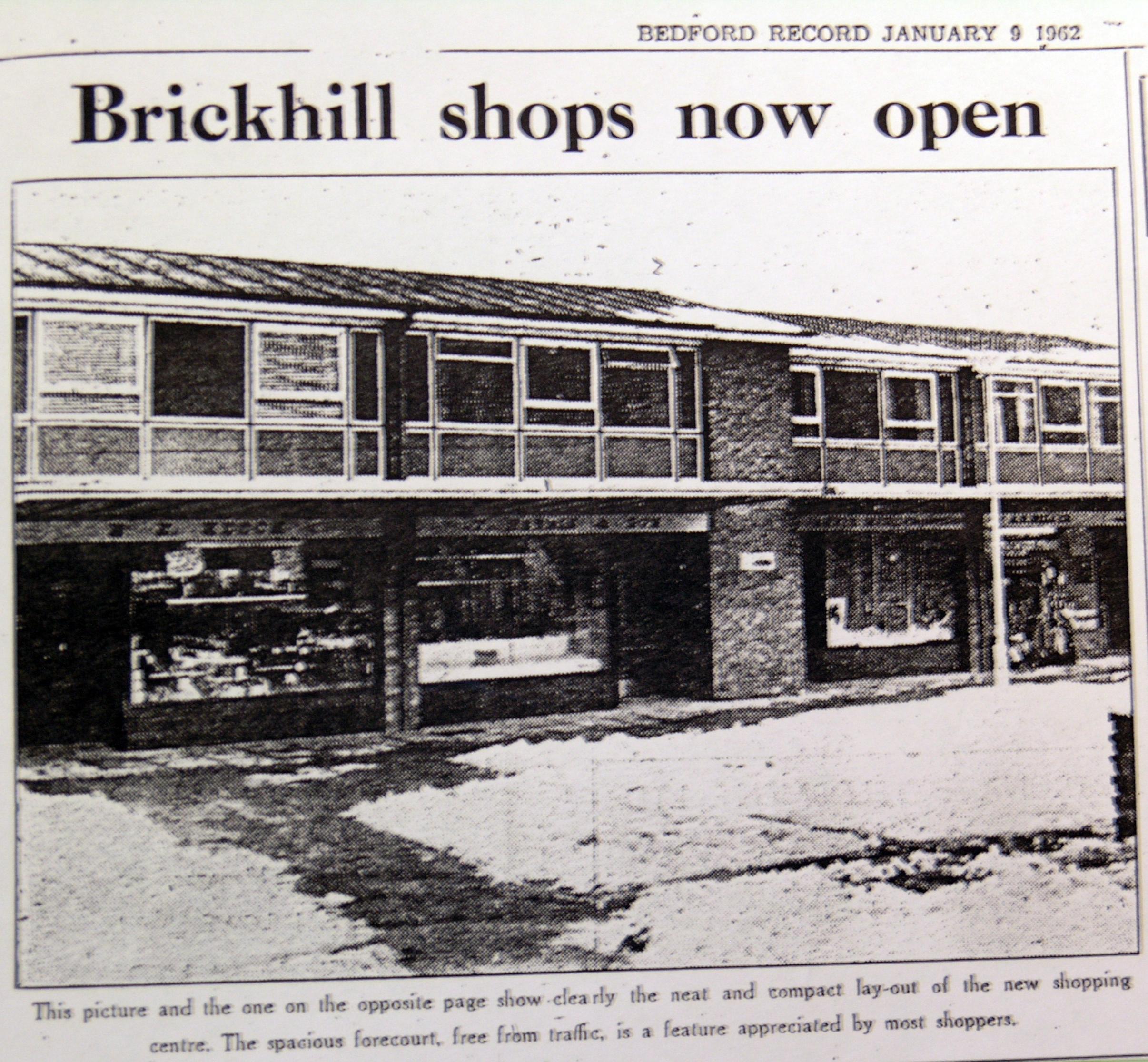 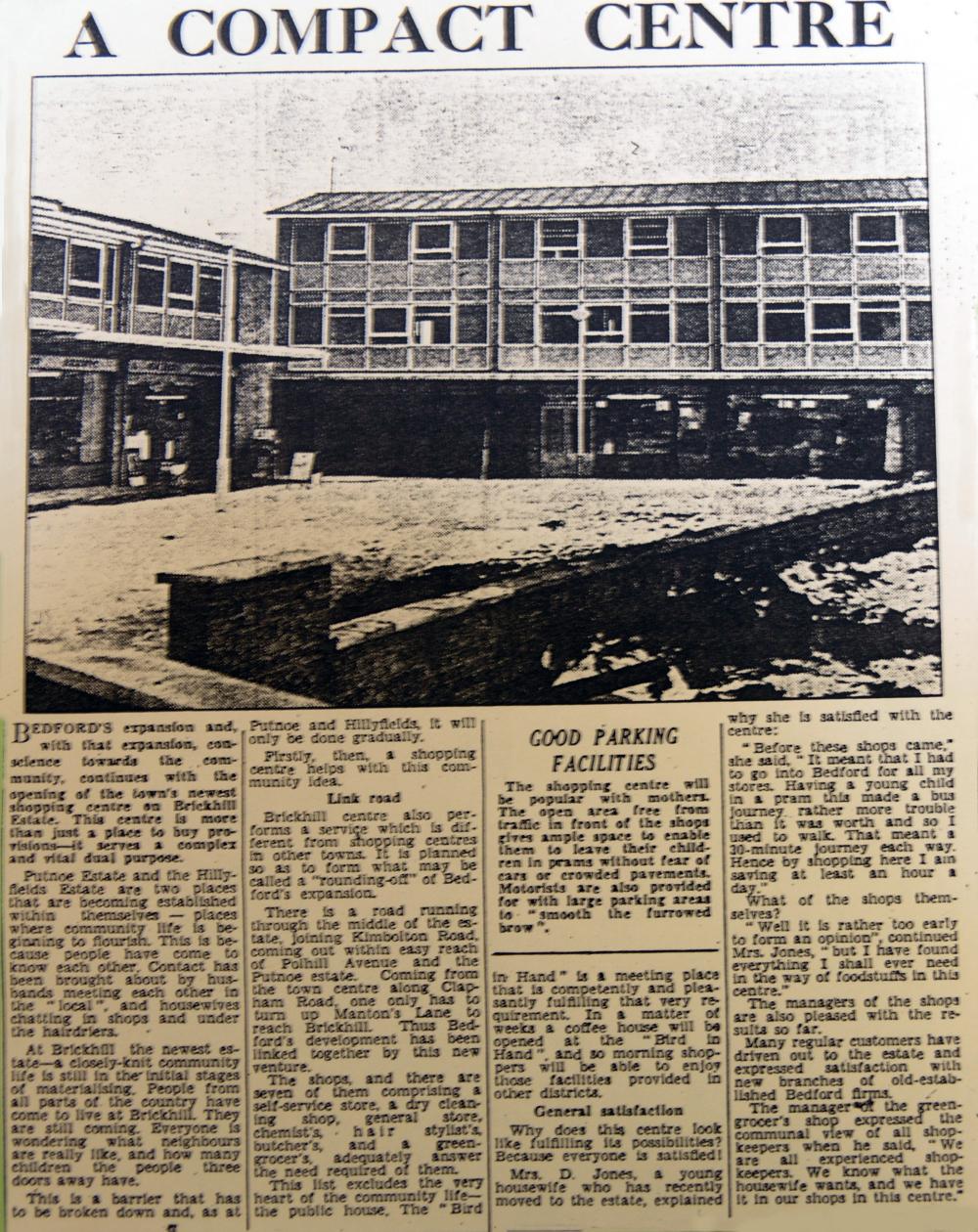 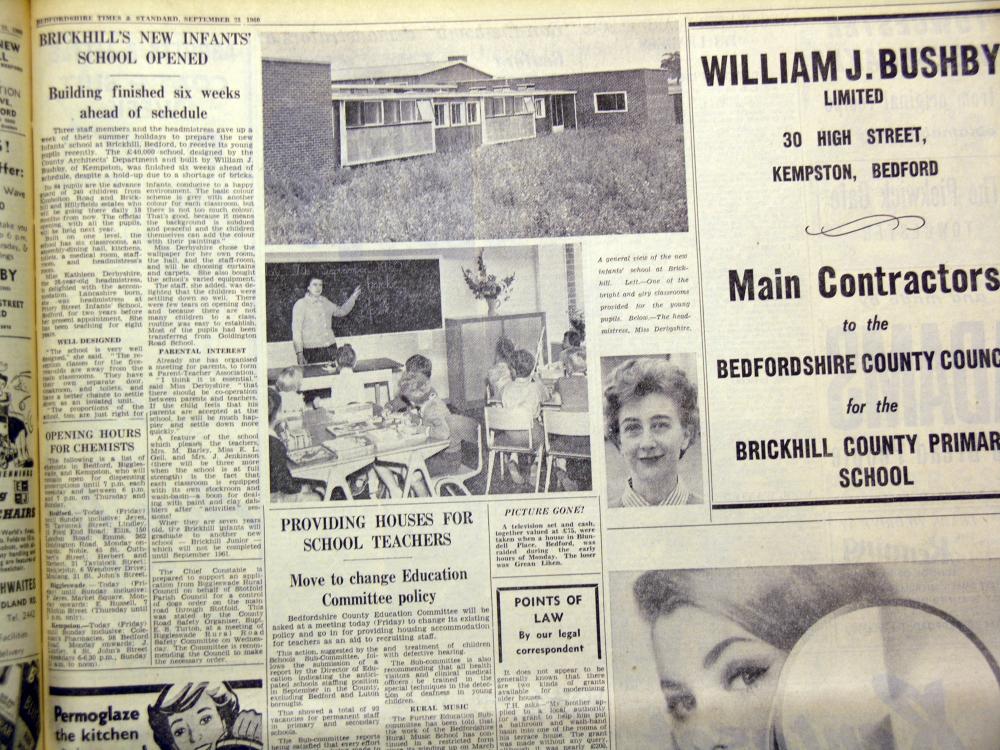 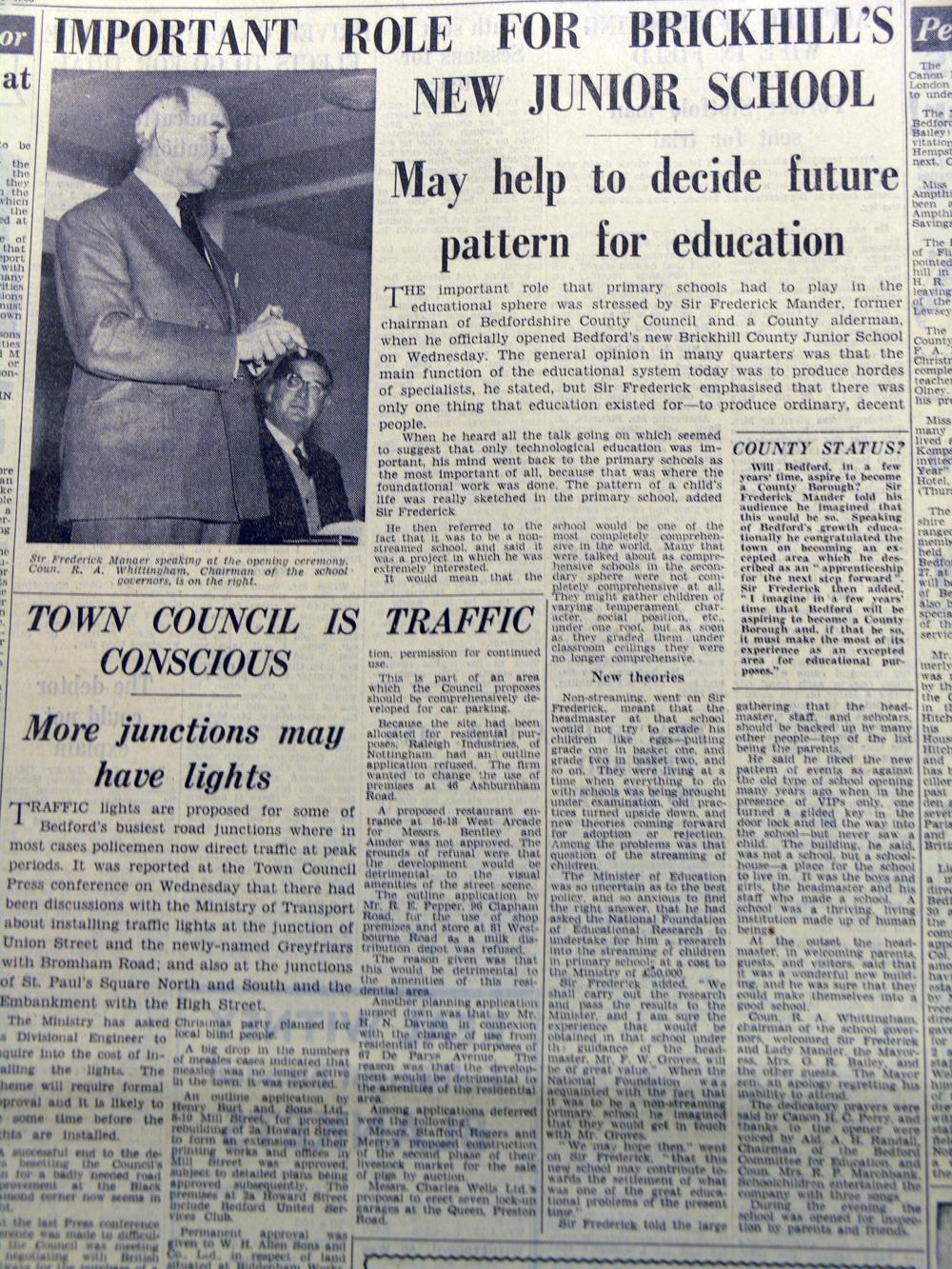 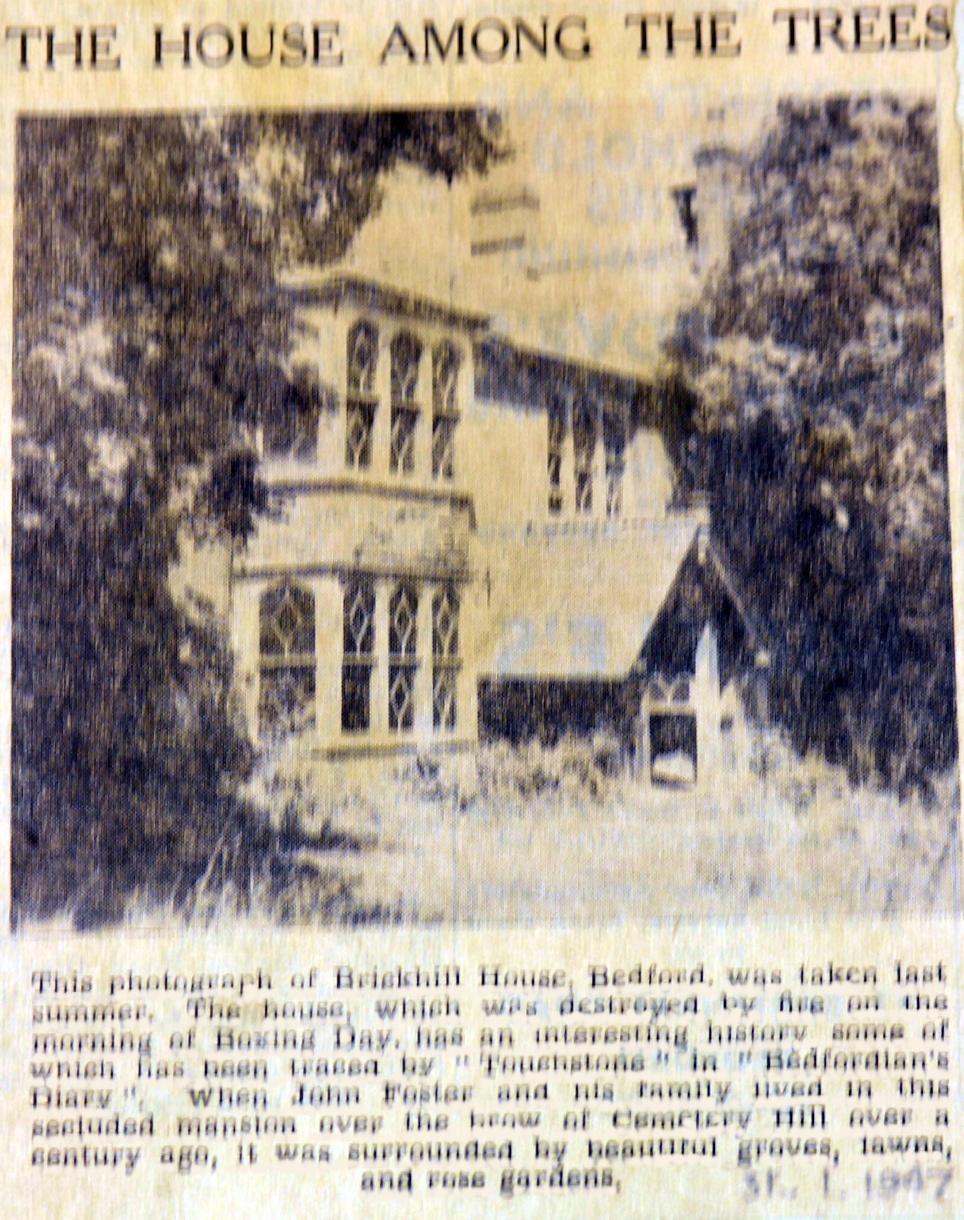 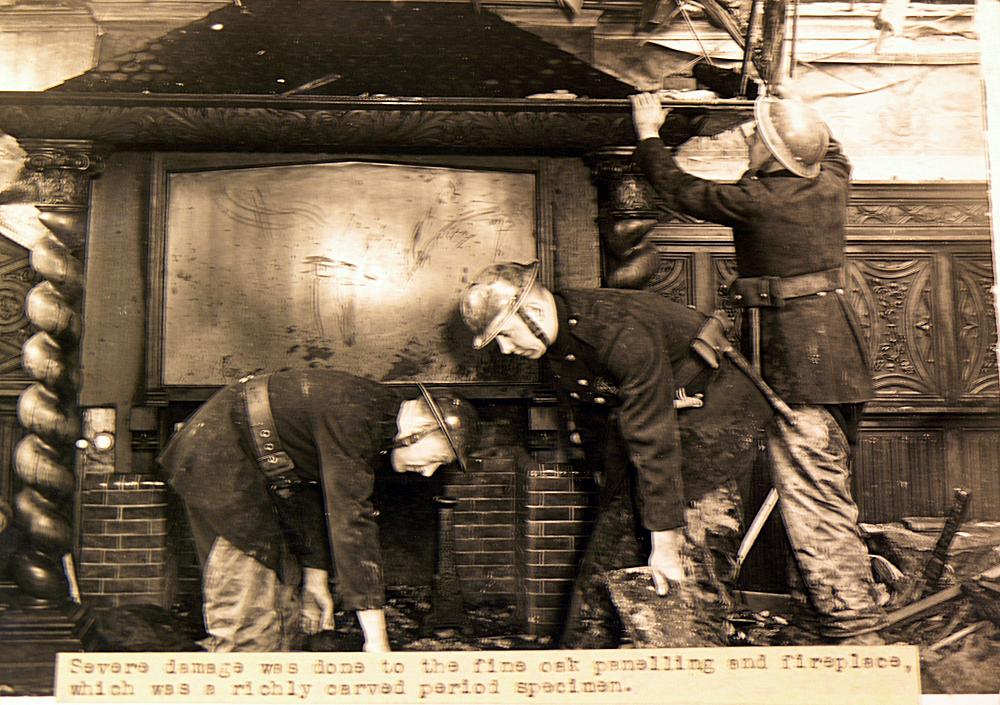 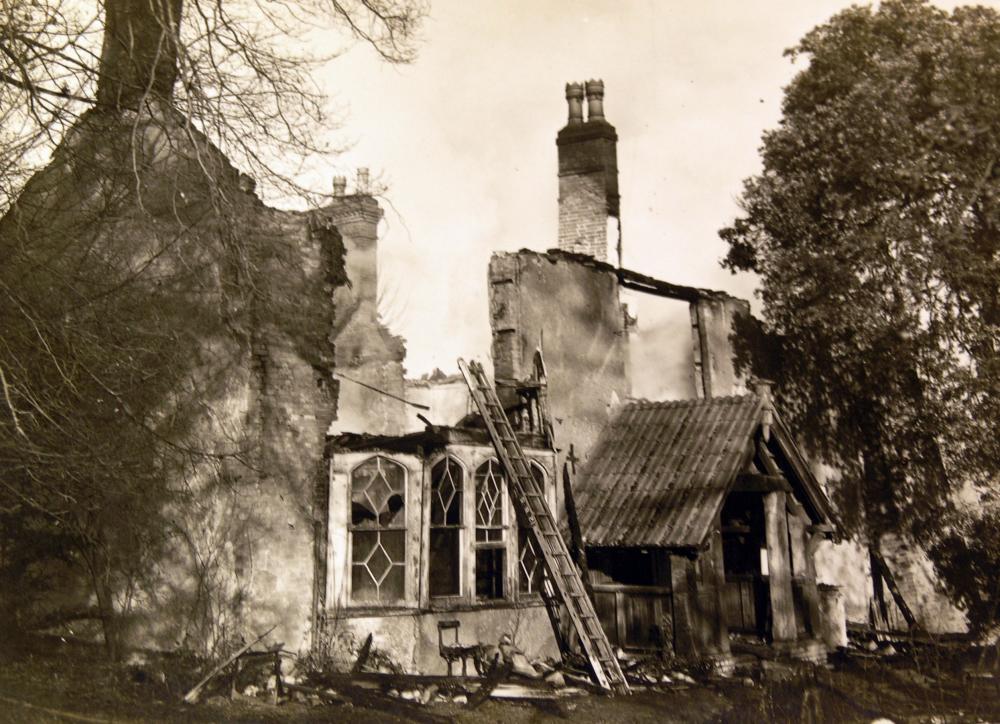 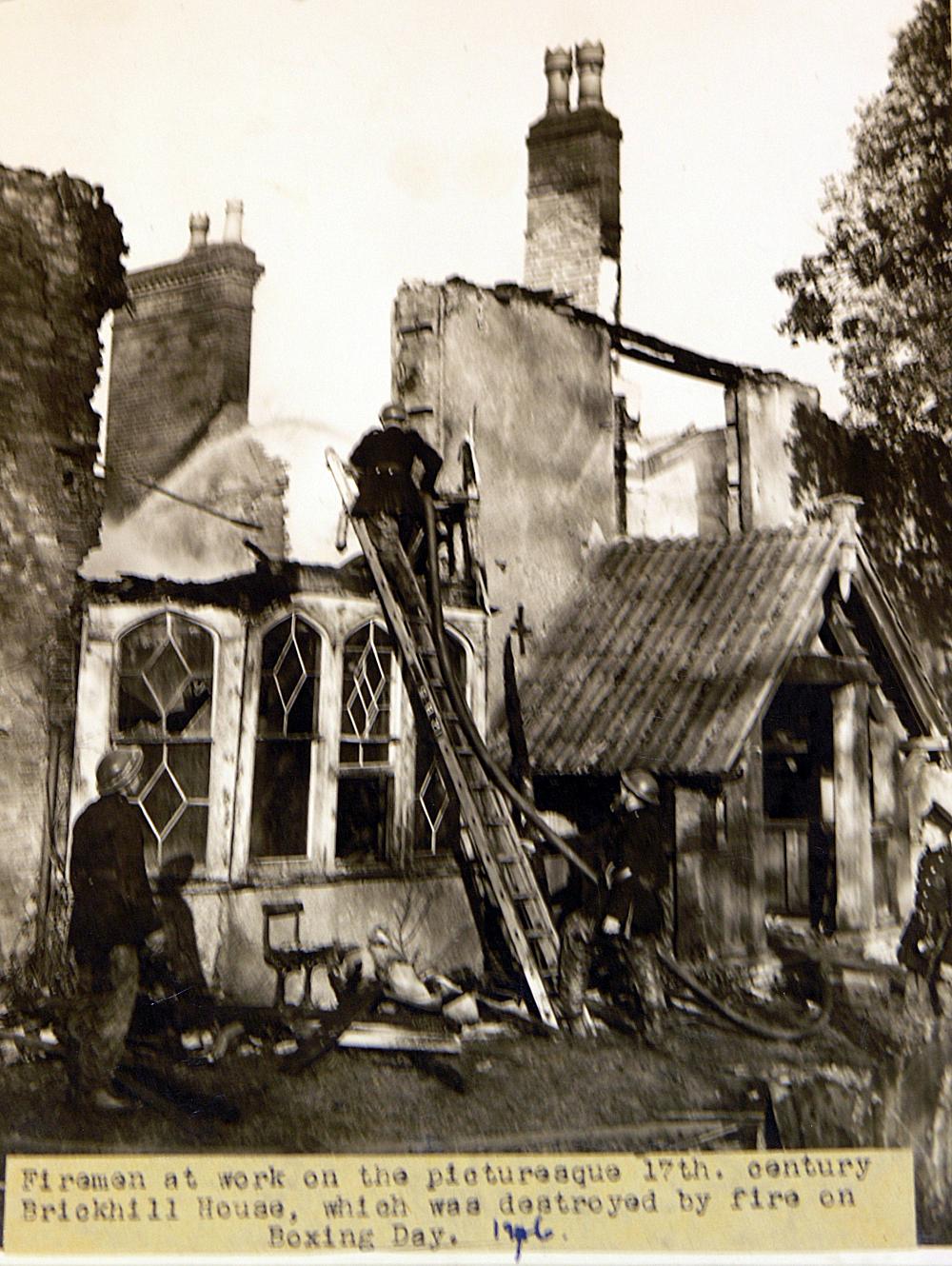 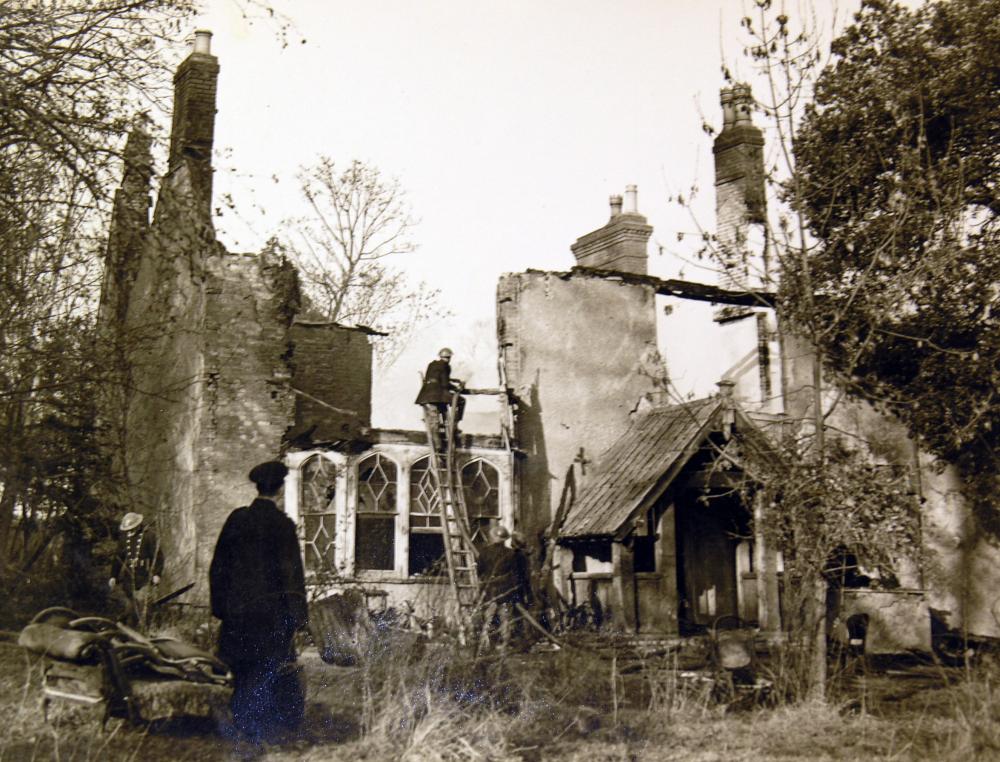 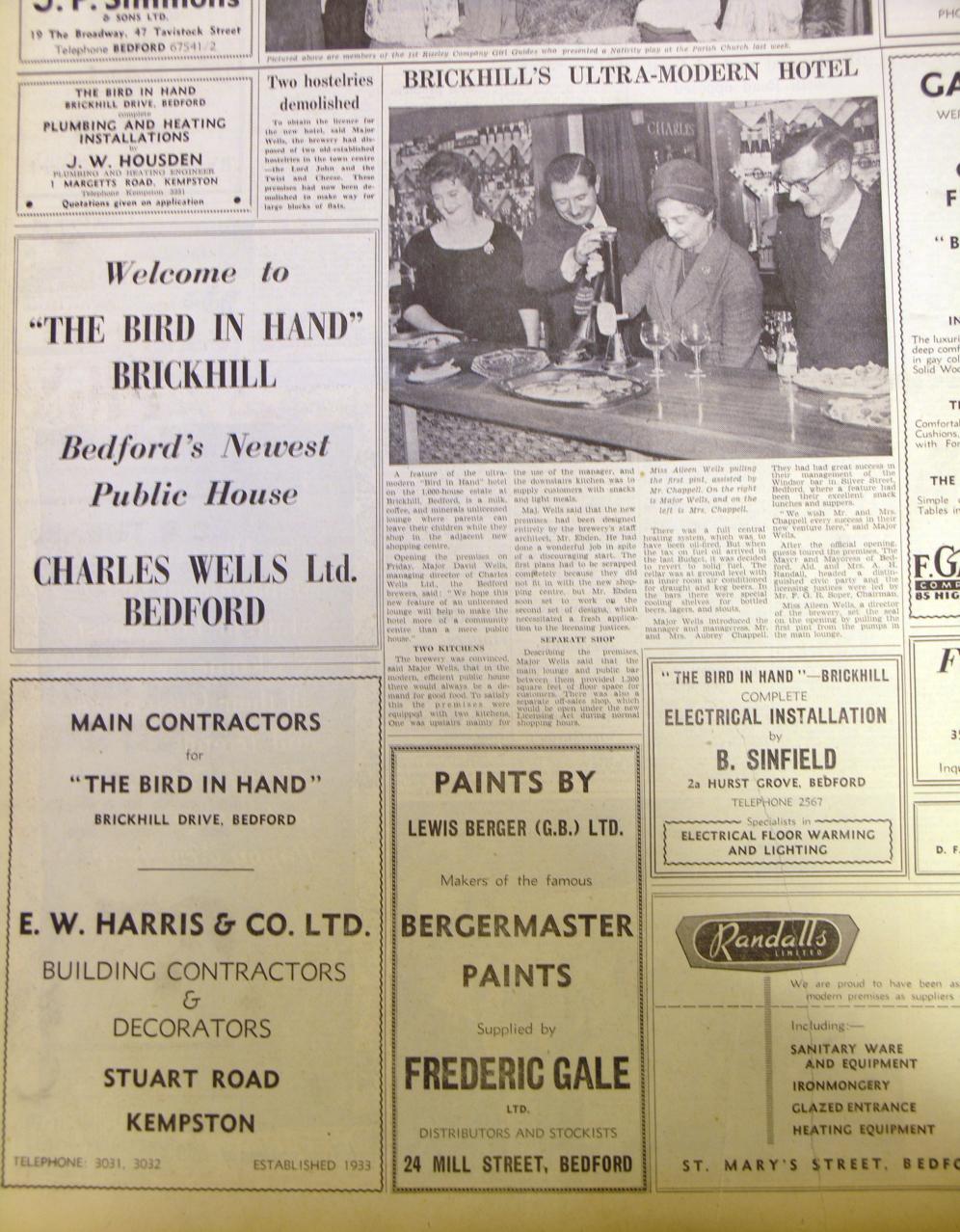 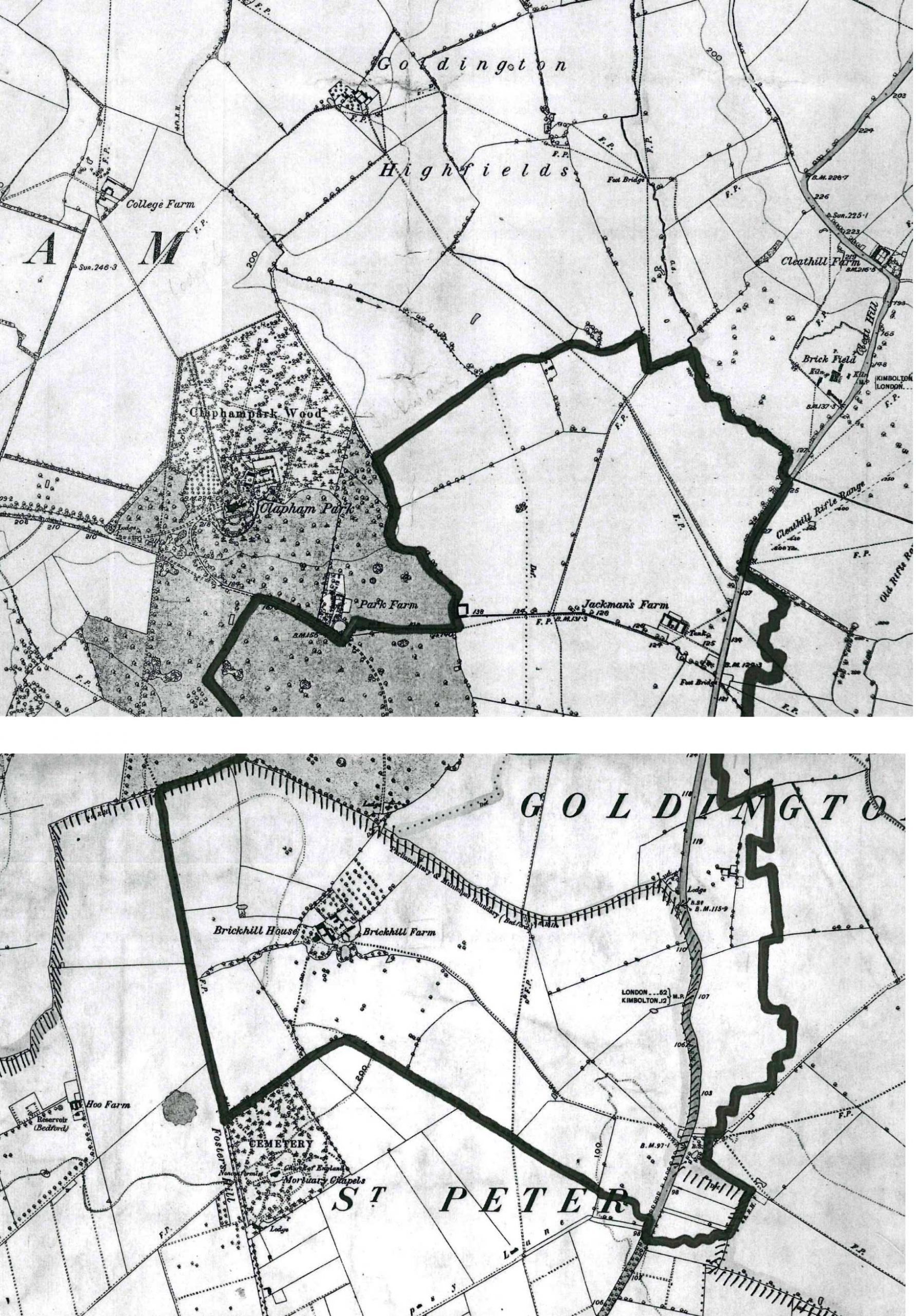