The government has passed legislation to postpone all elections until 6 May 2021.

All councils are led by democratically elected councillors who set the vision and direction, and represent their local community.

Councillors are elected to the local council to represent their own local community (see qualifying conditions below).

Each councillor has their own reasons for running but the role offers the chance to make a huge difference to the quality of life for people in your local area. Being an effective councillor requires both commitment and hard work. Councillors have to balance the needs and interests of residents, the political party they represent (if any) and the council.

The councillor’s role centres around community leadership and engagement, responsibilities include:

Our Parish Council’s strength lies in its’ diversity and together we really do make a difference to our community. 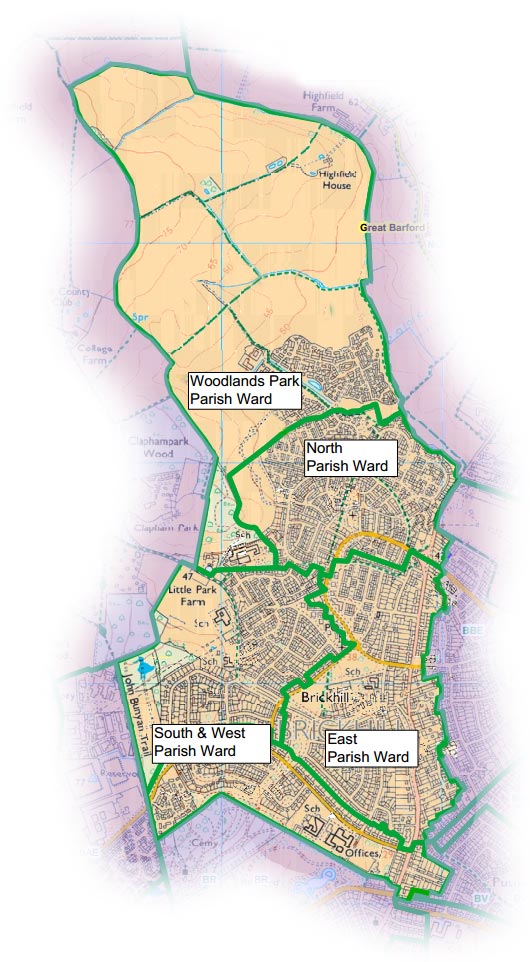 Our Parish is divided into wards for electoral, administrative and representational purposes. Eligible electors vote in whichever parish ward they live for candidates they wish to represent them on the parish council. There are 15 seats available across the parish plus 4 Borough Councillors.

The map outlines the boundaries and various wards that make up our parish. The following chart is self-explanatory and provides a breakdown of the number of parish councillors representing each ward.

The term of office of a parish councillor is four years, and council seats are elected en bloc through a First past the post system like some other UK elections by secret ballot. The legislation provides that the number of elected members of a parish council shall not be less than five. Larger parishes like our own, can be divided into parish wards, with separate elections for each ward.

A candidate must be at least one of the following:

and candidates must state on their consent for nomination form their qualification for election, which must be at least one of the following:

The chairman of the last council shall remain in office, even if not elected to the newly constituted council, until a new chairman is appointed at the first meeting of the new council.

Where there are more candidates than vacancies in a particular ward, then a poll must be held and the appropriate arrangements made.

If a vacancy occurs during the term of a parish council, it may be filled by either election or co-option. Elections only occur if, following the advertisement of the vacancy for 14 days, 10 electors send a written request to the returning officer. If no request is received, the parish council will be required to fill the vacancies by co-option. If vacancy occurs within 6 months of a scheduled election, then a by-election cannot be called, but the council has the power to co-opt. The nomination qualifications required of a candidate for co-option are the same as for those for election.

If the number of vacancies on the parish council is such that there is no longer a quorum, the district council may temporarily appoint persons to bring the council up to strength in the interval prior to an election.

See also our page on Filling A Parish Council Vacancy

These are the normal Polling Stations. But please check your ballot paper for exact details because things often change.

Some of the information above is an extract courtesy of Wikipedia and is reproduced under the Creative Commons Attribution-ShareAlike License; additional terms may apply. See Terms of Use for details.Wikipedia® is a registered trademark of the Wikimedia Foundation, Inc., a non-profit organization. 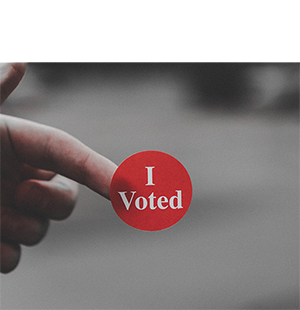